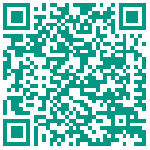 In 2017/18 a drone was built and programmed in cooperation with the HTL Neufelden. The drone will be presented at the open day to show guests what the students can do at the HTL after five years.

The goal of the graduation project is, to build an airworthy drone, which can be controlled via a graphical user interface and positioned with GNSS. The web interface should be available for any notebook/PC, smartphone or tablet.

It should also be possible for the user to control the drone himself by flying in one direction, turning the drone or changing its height.

A complex control system has been developed and programmed to ensure a safe flight. Due to the hardly measurable control loop of the drone, it was necessary to invest much time in testing diverse regulations with different configurations.

It is possible to control the drone via a, web interface on any notebook/PC, as well as smartphones and tablets.

The user can make adjustments via the user interface during a flight, to make it as stable as possible.

Unfortunately, it is not possible to fly a saved route with the drone. This is caused by some problems and issues that occurred during the work of the project.