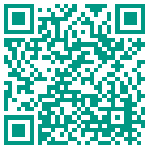 In the past the Rohrbach municipal council was responsible for manually creating the monthly lists for waste collection and the annual waste disposal schedule. The collection from the different areas and at different periods nonetheless occurred along common routes. This resulted in the same roads being criss-crossed repeatedly and inefficiently and in unnecessarily high operating costs.

The objective was to promote the use of a computer-aided waste removal schedule, whereby alternative routes would be created automatically with a view to optimising the efficiency of the movement of the rubbish collecting vehicles.

In addition, the software should also be able to simulate the previous collection routes and compared these with the newly created variants, the objective being to compare the statistics and evaluate and improve the present waste collection operations with those of the past.

Development of the Windows User Interface:

Import the present route information into the databank for simulation purposes

Final documentation and completion of the Project Handbook

The programme was first put into operation in March 2009 in test mode and following its introduction and its effectiveness it was successfully in productive use before the end of the following month, April 2009,. The automatically generated routes showed a great improvement in savings in terms of distances travelled and the time required for the waste collection.

The creation of the monthly lists and alterations and the annual collection calendar were carried out via the Windows application. An algorithm compares the new data with the existing master data and makes the necessary alterations to the plans which can be then be exported to an Excel document.
The preparation of the calendar takes into account public holidays and complies with the objectives as set down by the municipal office. The annual calendar can also be exported to an Excel file.

In addition, with the assistance of a simple formula the general information regarding the waste removal (quantity collected in tonnes and litres, from which road and during each collection period etc.) may also be viewed.