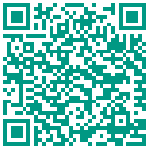 In the Montessori School Passau, Federal Republic of Germany, pupils have the privilege of choosing their lessons freely from a predesigned timetable at the beginning of the school day. Therefore, the teacher has no knowledge of which pupils to expect in her lessons today. Thus, it is not only a great administrative effort to organise the timetable, but also to check the attendance of all pupils.

Currently, pupils sign in at the beginning of the school day on an analogue attendance list. The teachers also document the pupils present in their courses in a list. These lists are then compared by the secretary’s office with existing excused absences from parents. If there are pupils who do not attend lessons and there is no excuse from the parents, an attempt will be made to contact the parents.

The organisation of the yearly and weekly timetable as well as the room planning is done via Excel and Microsoft SharePoint. The annual timetable corresponds to a normal timetable which remains the same throughout the year. In the weekly timetable, the teachers enter the teaching material on a weekly basis.

Triggered by Germany’s digitisation bonus, this project came into existence. Its goal was to transform the existing analogue attendance control and timetable workflow into a modern, webbased application.

In addition, the excused and unexcused absences are recorded and evaluated. This makes it easier to check absences at the end of the year, which is necessary for the awarding of certificates. By analysing the attendance data of the students, the school management can get an overview of the most frequently attended courses.