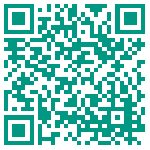 The goal was the creation and implementation of a parking system for the landed aircraft which would replace the “Follow-Me” car which had previously been used. With the assistance of a touch screen, the parking position is transmitted from the control tower via the “baggage manipulation” organisation unit to the aircraft, which can then proceed directly to the predetermined position without requiring the assistance of the “Follow Me” car to direct their movement.

The subject of this diploma thesis is the software solution created for the Blue Danube Airport at Linz, Hörsching. The combined package consisted of three elements:

1 The Parking Position Manager – is used to direct the incoming planes via touch screen and a graphical user interface to the desired parking positions, the parking positions can be changed, relocated and later deleted.
2. Tower Display Module – the designated parking positions are stored in a database and displayed on this module in the control tower of the airport. Each plane is then assigned the taxiway it has to follow to its designated parking position. This information is then transmitted to the aircraft from the control tower.
3. Flight Number Converter – this converts the flight number which is assigned to each aircraft by Tower Authorities (Austro Control) and are fundamentally different to the flight numbers of the airport. This is essential to ensure that the correct information is displayed in the control tower.