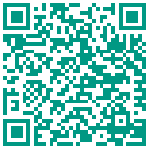 Chico hammocks in Öpping specialize in the production of hammocks and hanging chairs in all sizes. Currently, these products are produced endlessly on automatic looms. During production, thread loops are created on both sides of the hammock, where the weaving vessel reverses. These loops are currently collected by hand to groups of 10 and turned in electrically operated cord heads before the finished hammock leaves the plant.

The project “Automatic Knot- und Knurlingmachine” was assigned to us by the company Katzlinger Automation, which received the order from Chico hammocks. Our task was to design and execute a machine that automatically turns in thread bundles that are hung by the employee, attaches the cord with a knot and ejects the finished thread bundles and the hammock.

One of the most extensive points of the project was the design and programming of the node. Since the hammocks often loosen during the washing process, Chico wanted to fasten them. However, unlike other knotting machines, such as balers or rubber band weavers, in our case the medium to be knotted and the thread were inelastic, which meant that we had to find a solution for how to put the pulling force on the thread. With our machine, therefore, a knotted of two inelastic media was realized for the first time and thus also a patent was created.

The construction of our machine took place in two sections. First, we made a prototype that was used solely to check if and how the knot is possible. The final solution was an 8-axis system. A 3-axis and a 2-axis system were designed similarly to two human arms. However, since the linear axes could only move in the axis direction, we needed a device that allowed us to thread through and pass the thread. The solution was a curved brass tube with vacuum connection.

In the second phase of the project, we put together the actual machine. In order to realize the production of hammock in all sizes, we have built the machine around a turntable. On the assembly, the employee can attach the loops to the turntable. Threads are twisted simultaneously; cords are knotted and cords are ejected.

Additional tasks on the machine were the installation of the pneumatic, the wiring of the two control cabinets and the programming of the remaining steps and the visualization. The use of our machine will accelerate the production time by 30%, in addition, a more economical production and an increase in the number of units.

As a project team, we would like to thank our cooperation partner Markus Katzlinger for the provision of his company equipment and for the extensive support. A further thanks goes to our project manager Dipl. Ing. Johannes Wurm for his professional advice and his commitment.