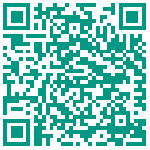 The idea of the project is to create an interface software between a robot, in this case a YuMi robot of ABB, and an external master computer in order to enable an ethernet based communication between these two devices.

For practical illustration, a sorting system has been chosen. A collection box with various types of holes for different bricks is placed next to the robot. The bricks are then scattered on a pad located in front of the robot.

Now the robot moves its integrated camera above these bricks and captures an image. Via Ethernet, the image is transmitted to the main computer, which does object and position recognition. In this step, the coordinates and the orientation of the bricks are analysed and evaluated.

The resulting values are transmitted back to the robot. Thus, the robot knows the positions of the bricks. Finally, it picks up the bricks one after another and moves them to their designated holes of the collection box.