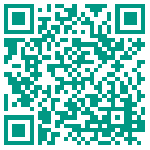 A security component is installed in the electronic box. A new transistor measures the momentaril flow rate. If the amount of waterstuff is not as high as the usual, the user isn’t able to use the produced electricity of the fuel cell.

This control is very important, because due to unless flow rate, the fuel cell’s membranes will be destroyed and so the highness of performance will drop down dramatically.

The signals of every single process component (temperature measurement device,…) are sent to the electronic box, in which they are transformed into signals which are acceptable for the RS232 Box.

This Box is used for the communication between the process components and the pc. Another task of is the control of transistors.

All measurements like produced electricity of the fuel cell can be shown in a cartesian coordinate system. It’s possible to show the relation of these measurements between time or the amount of activated rheostats.

At the same time, all values of the measurements are listed in a table.