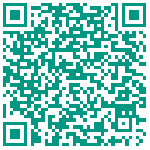 An important criterion for the recycling machines of the company Starlinger viscotec is the quality of the produced plastic sheets. The produced plastic sheets are mainly composed of recycled material. Therefore, they contain foreign matter such as burnt PET, glue remnants or splinters of glass. These around 50μm (micrometre) big inclusions generate an optical flaw which is called fisheye. The visual appearance is of great importance for a material that is processed in visible applications like the packaging industry. Therefore, the quality of the produced sheets is defined by the number of fisheyes. Previously, an employee had to hold a sheet sample against a light source and manually count the flaws in a given area. Our task was to detect the flaws of an A4 sized sample, with the help of a camera system, and to display the results on a visualization.

We use the Smart Sensor and a 150x300mm backlight from the company B&R as a camera system and light source. The inclusions have an average size of 50μm. Thus, the resolution of the camera defines the maximum area of the captured image. The camera moves with an axis robot to cover the entire area and detect all the fisheyes. The foreign matter creates tensions in the plastic sheets that are bigger than the inclusions themselves. To make these tensions and consequently the inclusions better visible polarization filters are used. So, the camera does not take a photo of the inclusions themselves, but the tensions that arise from them.

The sheet sample is clamped in a separate clamping frame, which can be removed from the machine. After inserting the sample piece and closing the door, the process can be started manually with the start command on the panel. The sheet is then analysed automatically and the corresponding quality is displayed on a panel as well as saved on a USB stick.

With a size of 830 x 600 x 830 and a weight of approximately 65kg the machine is well transportable and represents a laboratory device for the quality inspection of plastic sheets.