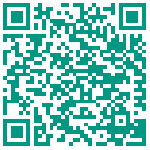 A machine had to be developed which cuts different roles from a raw length of three meters to a desired length. This was previously time-consuming done manually with the help of a jigsaw, an angle grinder or the band saw available in the factory.

A market analysis was carried out to determine whether similar machines are already exiting and what functions they provide. After that various cutting tests with different cutting tools were carried out and the results were presented. An automated and a purely mechanical concept were then worked out, including a summary of the estimated costs. The company Starlinger viscotec then decided on the mechanical system for cost reasons and the detailed construction started. Special attention was paid to developing a compact and cost-optimized machine.

The cutting device itself consists of a base frame construction made of sheet metal. A support arm is mounted on it, which can be quickly folded in and out. Furthermore, there is an extendable device in the frame, which helps to set the desired length. The role itself is placed on rollers and set in rotation by two drive rollers, which are driven though a belt by a geared motor. The role is additionally secured by two support rollers. If the two-hand operation is activated and the knife arm is moved downwards the motor starts to set the role in rotation as soon as the tension rollers, which are mounted on the knife arm, touch the role. The cut is made by further pressing down the knife arm through a standard Stanley blade.