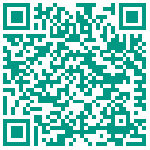 The Peterlehner-Team is brewing beer since 1999. In former times it was only brewed in a small 50-liter facility in a garage which was temporarily prepared for brewing. In 2018 a bigger plant called “Braupauli” from Sudkraft in Styria was purchased. The former garage was refurbished, expanded and a tasting-room has been added.

The “Braupauli” was custom-made for our client, so it is the first of its series. Many modifications and improvements were made to achieve the maximum performance out of the plant. Now the hardware of the “Braupauli” can be considered as final, but the software needed to be improved.

The first version of the PLC program for our plant was programmed by our client himself. Due to lack of programming experience and the ongoing modifications of the plant, the source code grew step by step, thus the program contains lots of errors.

The automation level of the “Braupauli” is exceptionally high and it is further intended to use the master program for possible future plants with lower degree of automation as well. Due to that, we had the challenge to generate a very flexible program. The goal was to allow individual adaptions with very little programming work.

The aim of our project is to develop a program that is optimized for international sales and customized modifications. The master brewer is able to operate the program via a tablet and not as usual via a standard HMI. Any action by the master brewer could be done remotely. The user interface is designed for the German-speaking countries as well as for the English-speaking world market.