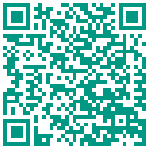 The company “Ganser Maschinen GmbH” in St. Peter is specialized in the manufacturing of stair lifts. Those stair lifts are attached to rails, which are mounted on the wall.
Such a rail always consists out of a stainless steel tube and a round rack also made out of stainless steel.
So far, the rails were drilled manually with a pillar drill. To give the staff time for other tasks (like packing the guides), the company commissioned us to design and build a machine, which performs this drilling-task automatically. After we received this job we immediately began with the concept phase.
Several different concepts were developed and analysed with respect to advantages and disadvantages.
With the help of our project supervisors, one of the concepts was selected. This concept was designed into the last detail in the design phase.
We decided to use a solid weld structure as a basic framework. On this framework mounted a portal on profile rails. It moves in the horizontal direction with a rack and pinion drive.
Two drilling units were also attached onto this portal. These drilling units can perform a linear movement on the short (Y-) axis, using a spindle drive. For the drill feed the units have a built-in pneumatic cylinder.
To fixate the profiles for drilling, we designed clamping units, which are mounted on the base frame.
To ensure a safe operation of the machine and to fulfill the safety regulations, a safety structure around the machine was installed. This prevents access to dangerous zones when the machine is running.
During the assembly-phase the machine was manufactured and built by us with the support of the Ganser Treppenlifte staff.
In addition to the mechanical components, the electrical and pneumatic components have also been chosen and installed by us. Furthermore we also designed and implemented the entire control system.
During the commissioning of the Drillmaster we optimized the drilling process and fixed minor errors.