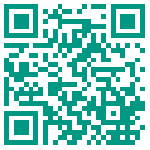 Aim of this diploma project was to learn the control of a mobile robot, to participate at the Austrian Championships in the sector mobile robotics from Skills Austria.

For this purpose the school had to buy two Robotinos of the Festo Company. The mobile robot platform is for research, and educational purposes and can be used flexibly in a variety of applications.

The hardware of the autonomous and mobile robots consists of didactically prepared industrial components. Using the omnidirectional drive, as well as the versatile sensors, interfaces and specific extensions, Robotino can be used in various environments.

In order to realize our goals, we had to learn a new Sequential Function Chart. So the company Festo provided us the programming language RobotinoView. Furthermore we constructed and manufactured an appropriate training area in form of an Arena.

A one-day introductory course in Wels and the lengthy learning the programming language enabled us an exact control of the mobile robot and thus a precise simulation of the various state championship similar tasks.

At the Austrian Championships in Salzburg, from the 19. November to the 23. November 2014, we had to prove our acquired skills in form of two programs. For each program we had four hours programming time.

Lukas Aichberger and Florian Müller achieved next nine other teams from different provinces the second place and thus the vice champion title. Close behind Max Hödl and Clemens Peer could classify.

Teamwork is one of the main components of success in professional life.

As part of our thesis we had to cope the tasks with technical expertise and social skills such as team working, communication, equity and team responsibility. The state championship provides us the perfect environment to demonstrate our ability. For the competition a preferably realistic project environment was given, where we had to handle with a limited time budget and other conditions, and we learned to work as a team and be successful together.