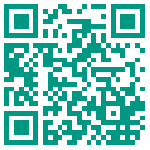 The 3D simulation software VERICUT had to be adapted to the school`s CNC-machines EMCO PC MILL 300 and EMCO PC TURN 155, so that this program can be tought at school. In addition the kinetis of the two CNC-machines had to be drawn with a 3D drawing software.

First the two machines including their tools had to be measured. Then they had to be drawn with the 3D drawing software CATIA. The drawn CAD parts were stored afterwards as files in the stl file format. These stl files are inserted into the VERICUT program and in the program the files had to put together.