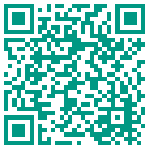 The noise behavior of transmissions is substantially determined by the stimulation of vibration by teeth. Our goal was to determine the parameters of this suggestion and their influence and to develop a software, which offers the opportunity to evaluate the acoustic radiation. The calculations should be done for helical gearings. Starting point was the research project of the FVA over the “influence of teeth deviations and teeth corrections on the vibration stimulation of transmissions”, which was made available for us by the company EE. Eisenbeiss Söhne.
The main components are on the one hand the temporally variable teeth rigidity and on the other hand the existing deviations and the corrections of teeth. In the documentation of our work the mathematical description of the relevant sizes is represented and explained.
Generally, the results of our computations are characteristic numbers, by which the possibility to compare the computation with others is given. The computation of decibel values which correspond to the radiated transmission volume is not possible due to the various components.
We have been able to carry out the program section for the estimation of the vibration stimulation of a spur toothed wheel as it was previously planned. The positive influence of a correctly laid out head cancelling is just as evident as the rising suggestion by teeth with an increase of the load.

The confrontation of the calculated results enables us to make clear statements about the influence of teeth deviations and corrections on the suggestion level of teeth.
The computation of the helical gearing runs to a large extent similarly to those of the spur toothing. However, the radiation behavior of the helical gearing is linked with a number of more complex variables.

Therefore the helical gearing was omitted from the program for the time being.