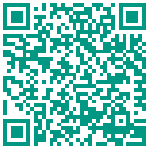 Presentation of the problem
The ETCSPro, developed by the Thales Group, is split in 2 parts. The planning tool and a validation tool, which audits the data created by the planning tool and then generates reports. The reports are generated with OracleReports and the generation takes a long time. The goal was to implement the whole report generator in java, using the jasper-reports.
We should also develop a configuration editor, which makes the reports more flexible.

Objectives
Developing a report generator (validation reporter) and a configuration editor.
The whole project had to be implemented in java, using jasper to generate the reports. We were only allowed to use free java libraries.

We tried to make the whole project and all its classes and interfaces easily extendable. Implementing a single class would make it possible to use our program even for a later ETCSPro version.
Important was also to implement all interfaces in XML.

Results
In April 2008 the project was handed over to Thales where it was tested. After getting the test results we corrected the errors.