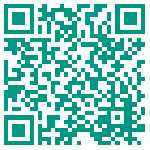 Objectives
Parts of different size are recognized by an image processing system and placed by the robot optimally. An optimization program calculates the best position for the part and sends the current coordinates and the goal coordinates over to the robot. A “chaotic pile” arises, which should be as stable and contain as much as work pieces as possible. The full pallet is supplied to a “scoop bunker”, which scoops the parts in a different order and separates them for image processing.

Description
Beginning in the “scoop bunker” the parts are scooped by a conveyor, where several functional mechanisms avoid spearing. From the conveyor the parts fall on a chute. The chute brings the parts into one row. To implement this, the conveyor moves a specific distance only. Then it stops for a moment. The parts slide onto a second conveyor at the end of the chute, where they are finally separated. The separation is implemented with a light barrier at the end of the second conveyor, which stops the conveyor after each part, until the robot picks up the part. Then the robot moves the part to a diagonal table, where it is positioned and orientated correctly. Afterwards the part is placed at the optimal position on the pallet. The optimal position is calculated by the optimization software. Preceding steps repeat until all parts are placed on the pallet. In the end the robot grips the full pallet and tilts it back into the “scoop bunker”.